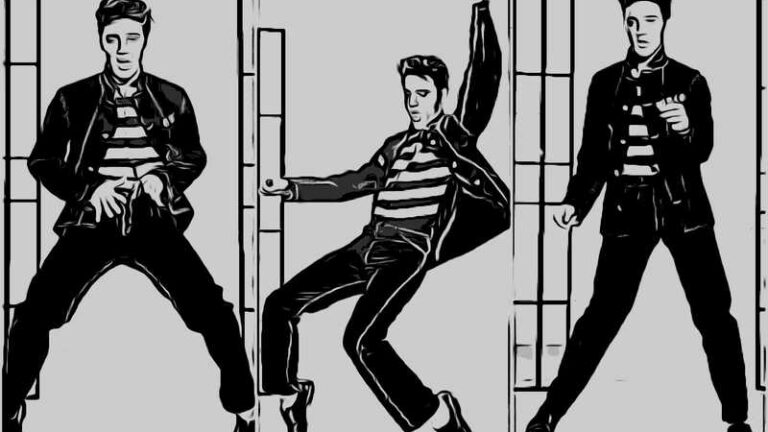 Rockabilly is an early kind of rock music that was popular in the America from the mid 50s to the 60s. It also experienced a rebirth in the late 1970s. The term Rockabilly means, literally, rock and roll played by hillbillies. It was established by record critics to describe Elvis Presley’s passionate, rhythm-driven musical approach on his early recordings.

In the late 1940s, radio was broadcasting blues, rhythm and blues, and gospel music, thrilling listeners across North America. It inspired young, white, working-class musicians to mix Black music styles with the country music styles they were already familiar with. The music was initially labeled country-and-western rhythm and blues, but it became known as rockabilly.

Presley recorded two songs that would lay the groundwork for rockabilly in July 1954, in his first session for the Sun label in Memphis, Tennessee. “That’s All Right,” written by Arthur “Big Boy” Crudup, and a hopped-up version of “Blue Moon of Kentucky.”

Presley sung with more emotional intensity and African-American inflections than other country singers of the time.

Rockabilly songs often featured a tremendously animated vocalist breaking into a bluesy tune while thrashing away on an acoustic guitar. Backing was provided by a slapping bass, frequently backed by a drummer; an electric guitarist filled in the gaps and delivered an intense solo. The overall sound was amplified by a studio effect known as slap-back, or “Sun echo.”

In 1954 and 1955, Presley, Moore, and Black, together with drummer D.J. Fontana, toured the South practically nonstop, enthralling audiences. Furthermore, they influenced many performers, including Buddy Holly and Marty Robbins. Whilst they were already established stars they soon converted from country to rockabilly. Almost all of the early rockabilly recordings were made by musicians who had heard Presley perform. In 1956 captivated millions with his prime-time television performances and sold millions of records. Labels searched for similar talents, discovering vocalists such as Gene Vincent, whose “Be-Bop-A-Lula” quickly hit the charts.

Jerry Lee Lewis, Roy Orbison, Warren Smith, Billy Lee Riley, Sonny Burgess, and many others recorded rockabilly for Sun. Carl Perkins was one of the label’s greatest performers, and his rendition of “Blue Suede Shoes,” the genre’s best-known song, was a hit for Presley. Albeit Perkins’ version was considerably more traditionally rockabilly. Nashville country stars, as well as young female performers also jumped on board.

Other states with thriving rockabilly scenes included Texas and California.

Nonetheless, few of the thousands of rockabilly songs recorded in the 1950s made it to the charts. More sounds entered rockabilly as it evolved—piano, saxophone, harmony singing, background vocal groups—thus diluting its sound. Rockabilly had run its course by the end of the 1950s.

Several events, including Presley’s death in 1977, contributed to a rockabilly rebirth in Europe in the late 1970s. Fans dressed in 1950s attire, acquired ancient recordings, and brought veteran rockabillies to concerts all over the world. Some former rockabillies, such as Charlie Feathers and Johnny Burnette’s Rock and Roll Trio, garnered more attention during the resurgence than they had during the genre’s heyday. Younger bands emerged, most notably the Long Island, New York-based Stray Cats. After finding success in England, they took a hard, lean form of rockabilly to the United States, where their exaggerated style made a big impression during MTV’s early days. Rockabilly gained popular in places as diverse as Japan and Russia as a result of the rebirth. 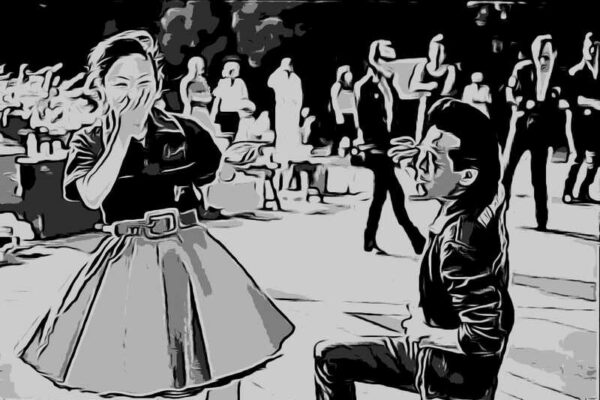 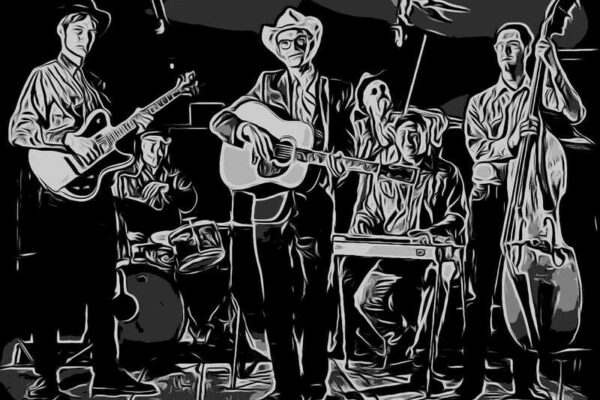 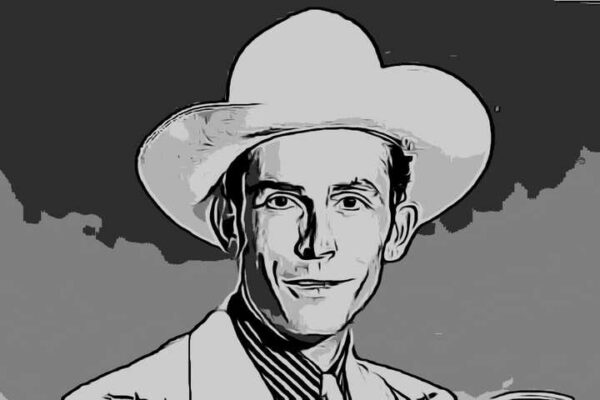